30 Jul, 2020
This section is for you to gain a basic understanding of the Portuguese and their culture. 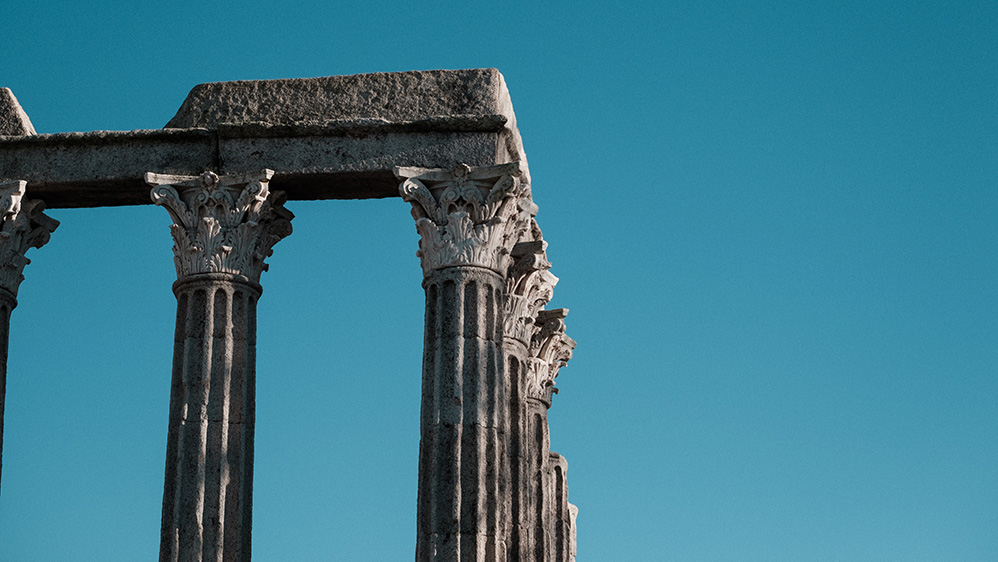 “Bem vindo a Portugal!” The basic stats describe Portugal as 560 km north to south and 220 km east to west, on the Iberian Peninsula. It also includes the islands of the Azores and Madeira. Portugal has a mild climate, is rich in history with a very friendly population. Traces of a glorious past are all around us and Portugal has much to offer those who are new to its shores.

This section is for you to gain a basic understanding of the Portuguese and their culture. It’s important to realize that the Portuguese on the whole face the same joys and difficulties as many of their other Western contemporaries. Make every effort to learn Portuguese and you will find that people will warm to you more quickly. One way to facilitate your Portuguese is to buy a Portuguese/English or other language dictionary, a large pad of sticky notes and label everything in your house in Portuguese! A large vocabulary is an advantage to learning any language.

Yes, the Romans were here. Ruins can be seen in Lisbon, Evora, Beja and other places. Before the Romans there were Celts and some un-named tribes, and Phoenician traders called regularly. With the collapse of the Roman Empire and the onset of the Middle Ages came the Vandals, Suevi, Visigoths and Moors.

In 1096, Afonso VI, King of Castile and Leon, married his daughter Teresa to Henry of Burgundy as thanks for Henry’s help
in driving the Moors from New Castile. Teresa’s dowry was the country of Portucale, what today is Portugal north of the Douro
River. Henry and Teresa’s son, Afonso Henriques, proclaimed himself King of Portugal in 1140 and won formal recognition of Portugal’s independence from Castile and Leon in the Treaty of Zamora (1143).

In 1147, Afonso took Lisbon from the Moors and a century later in 1249, Portugal attained approximately its present boundaries when the last Moors were driven from Faro in the southern-most provinces. By the late 13 th century, Portugal had developed its own language which became the official language at the newly-founded University of
Coimbra.

For most of the next six centuries, Portugal repeatedly had to struggle to preserve its independence from the Spanish kings. The strategy was defensive: keep a low profile, let Castile and Leon do what they would in the rest of Iberia and the Mediterranean, but resist encroachments fiercely. Portugal had help several times from England, its
Ally from the Treaty of Windsor (1386) to this day.

Though Portugal fought alongside the British in World War I and remained neutral in World War II, and despite strong commercial, family and other links with the British, Portuguese universities and intellectuals have looked to the continent, especially France, for cultural inspiration.

With Spain behind them, the Portuguese looked outward to the Atlantic and became a maritime nation. In 1415 an Armada of 200 Portuguese ships seized, from Barbary pirates, Ceuta, just east of the Straits of Gibraltar in North Africa. Prince Henry the
Navigator then turned to exploring the Atlantic to find a way around Africa to the East Indies. Madeira was discovered in 1420 and the uninhabited Azores in 1427 and 1434. When Henry died in 1460 the momentum was irreversible. By the late 16 th century, Brazil was a colony and Portuguese trading enclaves stretched to Africa, India, the East Indies and Macau. And though the large African colonies of Angola and Mozambique were not consolidated until the 19 th century, the Age of the Discoveries had reached their climax. The resulting empire remained largely intact until the revolution of April 25 th 1974 (Brazil became independent under a separate branch of the Portuguese royal family in 1822, and India seized Goa in the 1950’s.)

There are other historical legacies the newcomer to Portugal is likely to encounter. Sebastianismo, for example, is a longing for a military father figure to return on a white horse to save Portugal. This arose after a young King Sebastião was killed in 1578 at the Battle of Alcácer Kibir in Morocco. With him, died the flower of Portugal’s educated youth. Two years later Philip II of Spain successfully asserted his claim to Portugal, while the Portuguese still hoped that Sebastião might come back to save them. The Dukes of Bragança finally led an insurrection in 1640 and independence was again fully recognised in 1668.

The Azores, 800 miles west of the mainland, and populated, over the centuries, mostly by Portuguese, have a special place in US – Portuguese relations. In the 19 th century the islands became a favourite port of call for New England whalers and many Azoreans moved to Rhode Island and Massachusetts. Today, more people of Azorean origin live in the US than on the islands, creating strong family ties. The Portuguese are understandably sensitive, when the Azoreans sometimes think first of the US rather than Portugal as a place to go to or as a source of funds.

From 1822-1910, Portugal experimented with various forms of constitutional monarchy, all of which, except 1822-26, gave the Portuguese king much more power and authority than contemporary British monarchs. Portugal first tried modern democracy when Crown Prince Manuel abdicated on October 5 th 1910 and the first republic was formed. This fell victim to the economic crises that wrecked Europe in the 1920’s. The armed forces took over in 1926 and in 1928 asked Dr. Oliveira Salazar, a professor at Coimbra, to become finance minister. In 1932 he became head of the government and acquired
dictatorial power. He proclaimed a corporate political structure – the New State or Estado Novo.

The New State lasted until April 25 th 1974, when there was a bloodless coup by a group of junior and middle grade Portuguese military officers who were convinced that further war against guerrillas in Portugal’s African territories was pointless. The revolution’s three objectives were: independence for the ‘overseas territories’, democracy at home and establishment of a more equitable socio-economic system in Portugal, including the Azores and Madeira. From 1974-85 Portugal had sixteen governments, six of them before the new democratic constitution was proclaimed in 1976.

All of Portugal’s post-1974 governments have reaffirmed Portugal’s commitment to membership in NATO. In addition, Portugal joined the European Community in January 1986. The 1976 constitution was revised in 1982 and again in 1989. Although a country in transition economically, politically and socially, Portugal has been experiencing a burst of economic growth since it entered the EU.